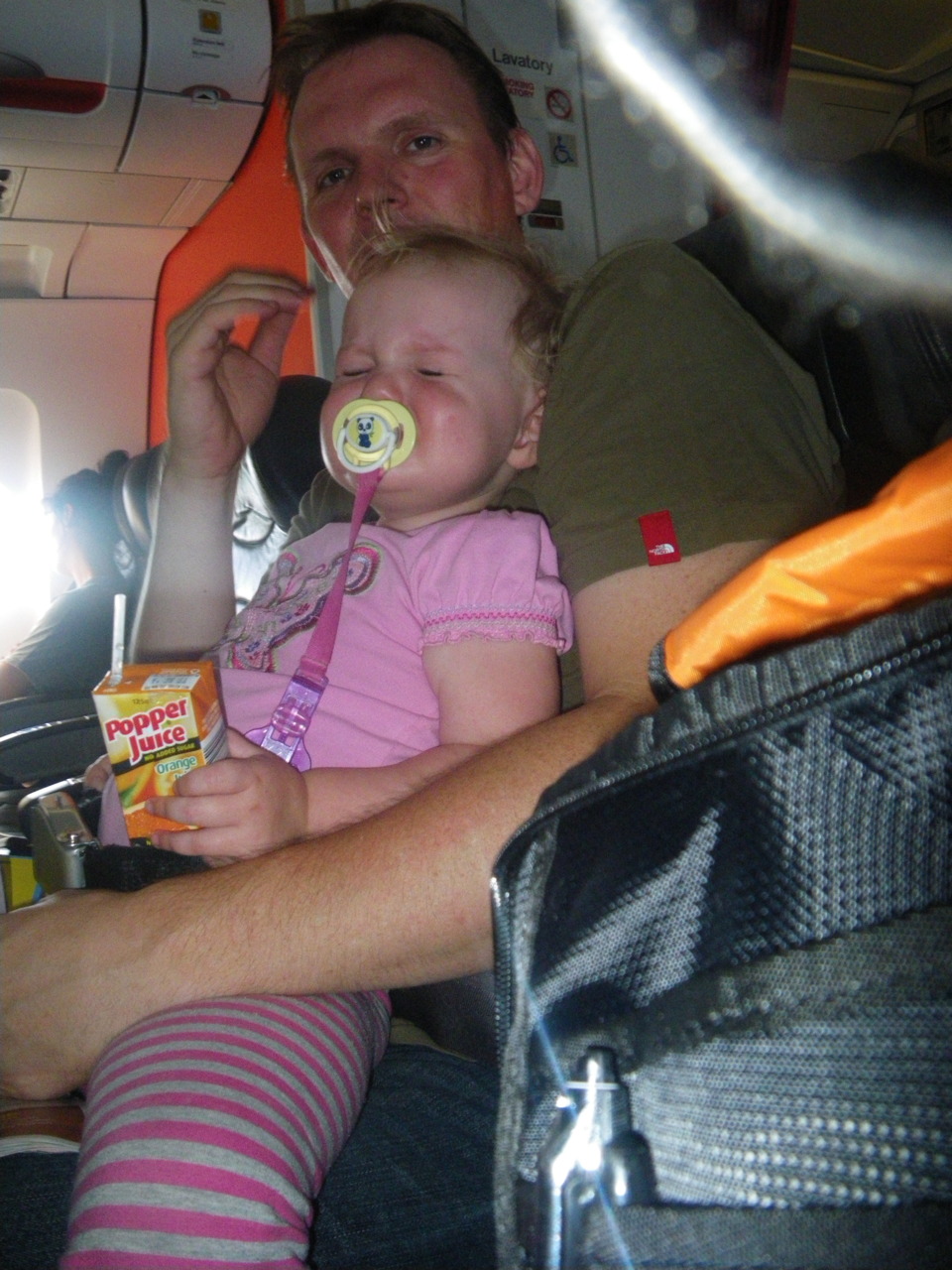 It's been a while, but we are flying with kids again... this time 2! The last time we flew was when my eldest was about 9 months to the UK and it was a complete nightmare to say this least.

This time we were determined to have a better time of it. We arrived early - we had the little trunki ride-on suitcases which the kids absolutely loved and we seemed to attract the attention of the whole airport.

We spent some time in the lounge at Gold Coast airport (well worth the money - free food an there's a kids play area [albeit a bit sparse of toys]) - all good so far.

Then the unthinkable happens - the flights has been pulled FORWARD, the crew want to get home early - when the hell does that happen????

We rushed to customs and found we hadn't filled in our little green cards, off to do those and we are now really late. A quick dash across the tarmac on the Trunkies (very funny sight) and are last on the plane. At this point Keira (2) decides to chuck a massive tantrum ("No Plane, Naughty Plane!"). We are of course seated right at the back so I had to carry her in arms with several bags whilst she kicked several seated passengers in the head. She then screamed for the next 20-30 mins and no doubt annoyed everyone on the plane (see photo).

On the other hand - Jaron (5) was an Angel - sat next to the window and he thought being on the plane was the coolest thing ever (the landing was likened to the prison planet landing scene in Clutch Powers!). Keira cryed on the way down "Ow... ears hurted Daddy", but we (and our fellow passengers) seemed used to it by now :)

Anyway - we finally make it to the apartment in Christchurch about midnight NZ time and all good. I'll certainly be a bit more tolerant of parents with screaming kids from now on now I've been on the other end of it - Flying with Kids (especially a toddler) is not for the feint hearted!